Olivia Wilde will be helming a star-studded film called "Don't Worry Darling" following the success of the 2019 teen movie "Booksmart," which marked her directorial debut.

"Don't Worry Darling" is set for release in 2022 and has been described as a psychological thriller. Here's what fans can expect from the upcoming movie.

Wilde announced the castings of Pugh as Alice and Styles as Jack on Instagram in September 2020, writing: "Very proud to work with these fine folks."

In a cover story for the January 2022 issue of Vogue, Wilde said that she initially intended to play the lead female role of Alice. But after seeing Pugh in the horror film "Midsommar," she was immediately drawn to her.

As for Styles, Wilde previously told Vogue that she was impressed by his appearance in Christopher Nolan's 2017 war film "Dunkirk," which was his film debut. She said that his performance "blew me away — the openness and commitment."

Styles couldn't take on the role of Jack in "DWD" because of his touring schedule, so Shia LaBeouf was cast. LaBeouf was fired from the movie, reportedly due to his behavior on set, and Wilde later detailed her "no assholes" policy that she upholds on her projects.

When the coronavirus pandemic caused touring to shut down, Styles became available for the film.

In an Instagram post shared after filming wrapped, Wilde praised the singer and said that "most male actors don't want to play supporting roles in female-led films."

She said that it's difficult "to find actors who recognize why it might be worth it to allow for a woman to hold the spotlight," but Styles was happy to take a backseat to Pugh, who plays his on-screen wife.

"Not only did he relish the opportunity to allow for the brilliant @florencepugh to hold center stage as our 'Alice,' but he infused every scene with a nuanced sense of humanity," Wilde wrote. "He didn't have to join our circus, but he jumped on board with humility and grace, and blew us away every day with his talent, warmth, and ability to drive backwards."

Wilde also praised Styles' performance in the musician's cover story for the September 2022 issue of Rolling Stone, telling the publication that he left the crew "in tears."

"It's a strange scene, full of fascist references, and a disturbing amount of male rage," Wilde said. "The scene called for him to stand onstage with Frank [Chris Pine] and chant their creepy slogan, 'Whose world is it? Ours!' over and over again. Dark as hell. But Harry took it to another level. He was so fully in the moment, he began screaming the lines to the crowd, in this primal roar, that was way more intense than anything we expected from the scene."

Wilde said that Pine let Styles shine in that moment as "the camera operator followed him as he paced around the stage like a kind of wild animal."

"We were all gobsmacked at the monitor," the director said. "I think even Harry was surprised by it. Those are the best moments for an actor — when you're completely outside your body."

Wilde also stars in the film, though she plays a supporting role. In addition, the cast includes Gemma Chan, Chris Pine, Nick Kroll, and KiKi Layne.

The movie is centered on a '1950s utopia in the California desert,' Styles told Vogue in his December 2020 cover story

In that same cover story, Wilde said that her film is "incredibly stylistic" and described the aesthetic as "very heightened and opulent."

She gave more details in her recent Vogue interview, explaining that, "the 1950s get this rap as a very controlled, conservative era, when in fact it was incredibly debaucherous."

The actress said that she was inspired by thrillers like "Fatal Attraction" and "Indecent Proposal," calling them "really sexy, in a grown-up way."

"I kept saying, 'Why isn't there any good sex in film anymore?'" Wilde added.

Wilde's interviewer, Alexandra Schwartz, said that she watched 20 minutes worth of footage from "DWD," chosen by the star, and said that one scene "featuring a hardworking Styles and a most ​gratified Pugh, is going to generate some serious attention."

Wilde said that the aforementioned scene will make viewers "realize how rarely they see female hunger, and specifically this type of female pleasure."

Wilde shared more details about the film, along with a new trailer, during an appearance at CinemaCon in April 2022

Wilde described "Don't Worry Darling" as "a love letter to movies that push the boundaries of imagination," citing films like "Inception," "The Matrix" and "The Truman Show" as inspirations.

She also spoke highly of the two lead stars.

Wilde jokingly called Styles "an up-and-coming actor with no other career that I am aware of," before earnestly saying that he's "nothing short of a revelation in this part."

As for Pugh, the director said that audiences will be blown away.

"This performance is something you have to see to believe," Wilde teased. "You are witnessing the birth of a full-fledged movie star."

Wilde released the first teaser for the film on social media in September 2021. It included scenes that showed Pugh and Styles kissing, Pine's character screaming, and Pugh frantically attempting to remove cellophane from her face.

The first trailer, previously screened at CinemaCon, was released on May 2. The footage teased more about the mysterious plot and the intense dynamic between Pugh and Styles' characters.

"Alice (Pugh) and Jack (Styles) are lucky to be living in Victory, the experimental company town housing the men who work for the top-secret Victory Project and their families. Life is perfect, with every resident's needs met by the company. All they ask in return is [an] unquestioning commitment to the Victory cause. But when cracks in their idyllic life begin to appear, exposing flashes of something much more sinister lurking beneath the attractive façade, Alice can't help questioning what they're doing in Victory, and why. Just how much is Alice willing to lose to expose what's really going on in paradise?"

Watch the trailer below. 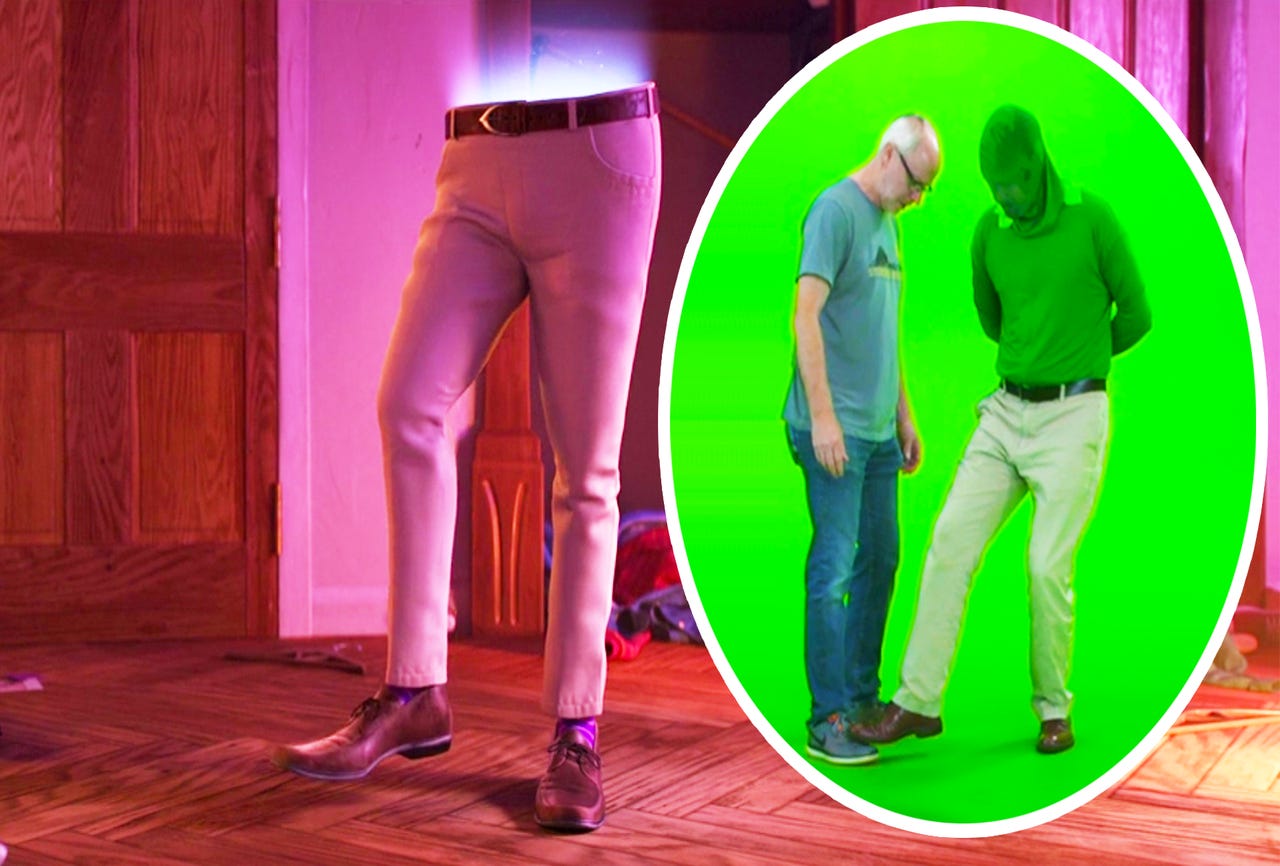