By Rebecca Strong
Jun 30, 2022
Facebook Email Twitter Snapchat Flipboard Pinterest Copy Link
Download the app
This article was medically reviewed by Sorin McKnight, DVM, a veterinarian at Wellborn Road Veterinary Medical Center in College Station, Texas.
Medically Reviewed
Our stories are reviewed by medical professionals to ensure you get the most accurate and useful information about your health and wellness. For more information, visit our medical review board.

If you got your female dog from a pet store or breeder, or adopted her from a shelter or rescue at a very young age, chances are she probably isn't spayed. At some point, then, your pup will inevitably be in "heat" — the part of her reproductive cycle when she's open to mating and can get pregnant.

Heat is sometimes referred to as a "dog period" because of the bloody vaginal discharge, but it's important to note that dogs don't menstruate in the same way human females do. They do, however, have cycles during which they experience a surge and then decline in estrogen, and their ovaries release the eggs. Heat is the stage of this process when your dog ovulates.

Male dogs can only impregnate female dogs who are in heat, says Dr. Megan McCarthy, a staff veterinarian at Best Friends Animal Society. That's why it's essential to pay attention to signs that suggest your dog is in heat.

Here's everything to know about dogs in heat — when and how often it happens, how long it lasts, and how to tell it's happening.

How often does it happen?

Most dogs will have their first heat cycle between six and 15 months of age. This can vary depending on the dog's size and breed.

According to Dr. Ole Alcumbrac, veterinarian and owner of White Mountain Animal Hospital, dogs typically go into their first heat when they've reached about 70%-80% of their maximum body weight. Larger breeds tend to start their heat cycles much later than smaller breeds, McCarthy says.

Dogs usually go into heat twice a year, or every 6 months or so, McCarthy says, and small dogs tend to go into heat more frequently than large dogs. Smaller breeds may cycle three times a year, but very large breeds may only cycle once a year.

Heat cycles tend to be pretty consistent, so if your dog has two heat cycles 6 months apart, you can expect that to continue. However, it can take up to two years for your dog to experience regular cycles. Additionally, keep in mind that the length of time between heat cycles can increase as a dog gets older.

What are the signs?

Identifying the signs of your dog's heat cycle can help you avoid puppies, for one thing, but it can also help you care for your dog properly.

These signs can indicate your dog is in heat.

The first signs of heat appear during "proestrus," when your dog's reproductive tract prepares for ovulation. During proestrus, male dogs may seem more attracted to your dog, but she likely won't be receptive to mating. Even if she does mate with a male dog, she can't become pregnant during this stage.

You may notice the following during proestrus:

The "estrus" stage is when your dog is in active heat and able to be impregnated. You may notice the following signs during estrus, according to Dr. Amy Attas, a veterinarian and founder of City Pets:

Attas says it's also not uncommon for female dogs to urinate small amounts on various objects in the home or outside while in heat. That's because during estrus, their urine contains pheromones and hormones that signal their reproductive state to male dogs.

Note: Some dogs may experience a "silent heat" with little to no physical or behavioral changes, but this is rare.

How long does heat last?

According to Alcumbrac, proestrus averages about 2-11 days, and estrus usually lasts 3-5 days but can be as long as 11 days.

The length can vary based on your dog's breed, size, and age, but once your dog begins to have regular cycles, you can expect them to stay in heat for roughly the same amount of time.

What should I do?

Your dog may require a little extra TLC during heat. Fluctuating hormone levels can have a big impact on her physically and behaviorally, which is why McCarthy advises giving her plenty of attention and comfort.

To care for your dog during heat, you can:

Quick tip: Worried about unwanted messes in the house? McCarthy suggests having your dog wear a doggy diaper to contain any blood-tinged discharge. This can also help prevent your pup from spreading pheromones and attracting male dogs. Just note these diapers won't necessarily stop mating from happening.

If you use doggy diapers, McCarthy says it's important to change them often — at least every three to four hours — to prevent skin irritation and urinary tract infections.

Keeping your pup away from unneutered male dogs is crucial if you're trying to prevent pregnancy, says Attas. McCarthy suggests avoiding dog parks, group training events, and other events involving other dogs while yours is in heat.

Never leave your dog alone outside, and always keep her on a leash when going for walks. You may even want to keep windows closed to prevent male dog visitors from showing up at your house.

When to get your dog spayed

Getting your dog spayed as soon as possible is the best way to prevent your dog from getting pregnant, especially if they spend a lot of time around other dogs, McCarthy says.

"We usually want to allow the larger breeds to grow more before spaying because this procedure can alter the way their bones develop," Alcumbrac says.

If you're not sure about the appropriate time to spay your dog, consult your veterinarian.

Each year, approximately 3.1 million dogs enter U.S. animal shelters.  Due to overcrowding, approximately 390,000 are euthanized. So unless you have a specific plan for puppies, spaying your dog is the best way to prevent further unnecessary premature dog deaths.

Experts also say spaying can have multiple health benefits for your dog. In fact, a 2013 study found that the life expectancy of spayed female dogs was 26.3% longer than that of unspayed dogs.

One reason being that spaying reduces your dog's risk of breast cancer and pyometra (a potentially fatal uterine infection that occurs as a result of hormonal changes in the reproductive tract).

Breast cancer is the most common type of tumor in unspayed female dogs. In fact, about half of mammary gland tumors in dogs are cancerous.

But spaying your dog reduces the production of hormones that can contribute to the growth of these mammary gland tumors. That's why dogs spayed before their first heat have only a 0.5% risk of developing mammary cancer.

Lastly, spaying your dog can reduce certain behavioral problems, including:

All unspayed female dogs go into heat — a stage in their reproductive cycle when they're open to mating and able to get pregnant. If you can recognize the early signs, you have a better chance of preventing your dog from getting pregnant.

When you notice signs of heat, you can reduce the chances of unwanted pregnancy by always using a leash when taking them outdoors and keeping them away from dog parks or other areas that may have unneutered dogs.

In addition to protecting your dog from getting pregnant, you'll also want to make it a point to provide her with plenty of comfort.

Remember: While spaying is a personal decision that only you as the owner can make, it can offer a range of benefits for both you and your beloved pup.

Rebecca Strong
Rebecca Strong is a Boston-based freelance writer covering health and wellness, food and wine, fitness, and travel. In addition to contributing to the Health Reference and Kitchen verticals at Insider, she has also written for Healthline, Health magazine, Bustle, StyleCaster, PopSugar, AskMen, and Elite Daily. You can follow her work on Twitter.

We may receive a commission when you buy through our links, but our reporting and recommendations are always independent and objective. 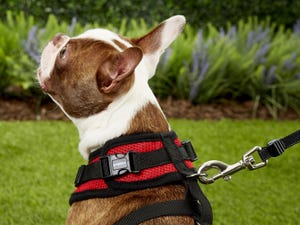 PETS The 7 best dog harnesses in 2022 for small and large pups, according to professional trainers and walkers 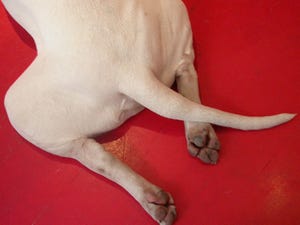 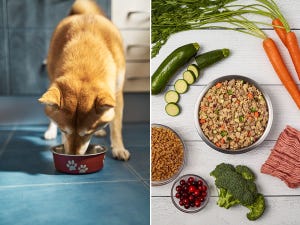 PETS The best food for dogs of all ages, including kibble, wet, and fresh food 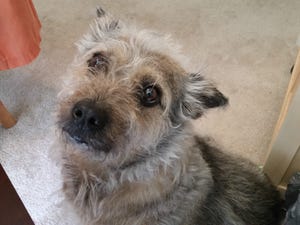 PETS 6 things your dog is trying to communicate by staring at you, according to vets
More: pet reference Reference Library Reference Freelancer Health Explainers