A private chef says Instagram has fueled an isolating, competitive food culture in Japan — and she wants to change it using habits from the French

"A meal must come from the heart," Japanese private chef Shima Tassin tells Business Insider Japan. The 40-year-old Japanese native worked as a chef in a French restaurant for 15 years and now lives in Tokyo working as a domestic helper, assisting families by doing their shopping, cleaning, and cooking.

After being featured on a Japanese TV program in 2017, she gained a national reputation as a "housekeeping legend" and has even written several cookbooks.

People in Japan cook complicated dishes to get 'likes'

Today, cooking is trendy in Japan.

Instagram is full of pictures of delicious dishes, and people love clicking through online recipes. Cookbooks are in high demand.

"Japanese recipes are generally very complicated to make as you need a lot of ingredients that you end up not really having to use again. But people still choose to cook like this because they want to get as many likes on social media as possible," she says.

Tassin's new perspective on Japanese cooking came to her after she met her husband, who is originally from France.

She was so impressed by how he cooked and ate that she has written several cookbooks containing simple, French recipes.

"The recipes I write are for ordinary people. Not for professional chefs. I want Japanese people to cook with their hearts again," she said.

The simpler, the better

"French home cooking is simple, compared to Japanese," says the chef. One of her favorite recipes is chicken in cream sauce. "You simply fry chicken meat, then boil it up with wine in a pot. Add the broth and cream and let it boil," she explains.

As a starter, offer a simple salad. The large pot and the salad bowl are then placed on the dining table — and you're done!

In Japan, she says, most people would never do something like this because they feel pressure to impress others with their elaborate dishes. But this costs time and energy.

The French, on the other hand love simple dishes, she says. For breakfast, for example, adults like to have a coffee with milk and toast, while children might eat cereal. The simple meals give families more time to spend together.

Tassin believes eating together also means bringing people together. For Japanese people, this also means gaining a new understanding of the roles of men and women. In this regard, they can also learn from the French, says Tassin.

"In France, there is no difference between a man and a woman. My husband does just as much housework as I do; he cooks, cleans, or clears the table after dinner. This is nothing special," she says.

"Housework is very time-consuming for families with two working parents," says Tassin. She says women in Japan tend to do most of the domestic work on their own and men feel too uncomfortable joining in because they were never taught how to help their wives. "Before I started as a domestic helper, I wasn't aware of these problems," says Tassin.

Many Japanese people still complain about the burden of having to cook every day, and there are marital disputes about the topic, according to Tassin.

She also suggests a simple habit to pick up from the French: While in Japanese culture, dishes are eaten on many different plates, the French eat their salad and the main course on the same plate, further reducing the burden of housework.

It's time to talk more at the dinner table

Her message to introduce French recipes into Japanese culture is becoming more popular thanks to Tassin's books and television appearances. And she gets a lot of positive feedback, too.

One reviewer of her cookbook recently wrote: "It wasn't as difficult as I thought. I always thought that French cuisine was too complicated for me to make." Another said: "We've had much more time to talk at the dinner table since we cooked with your recipes."

This article has been translated by Tomoko Shioda and Sophia Ankel

This story originally appeared on Business Insider Japan and has been translated from Japanese.

NOW WATCH: Duck under bridges on a boat tour in Japan's city of water 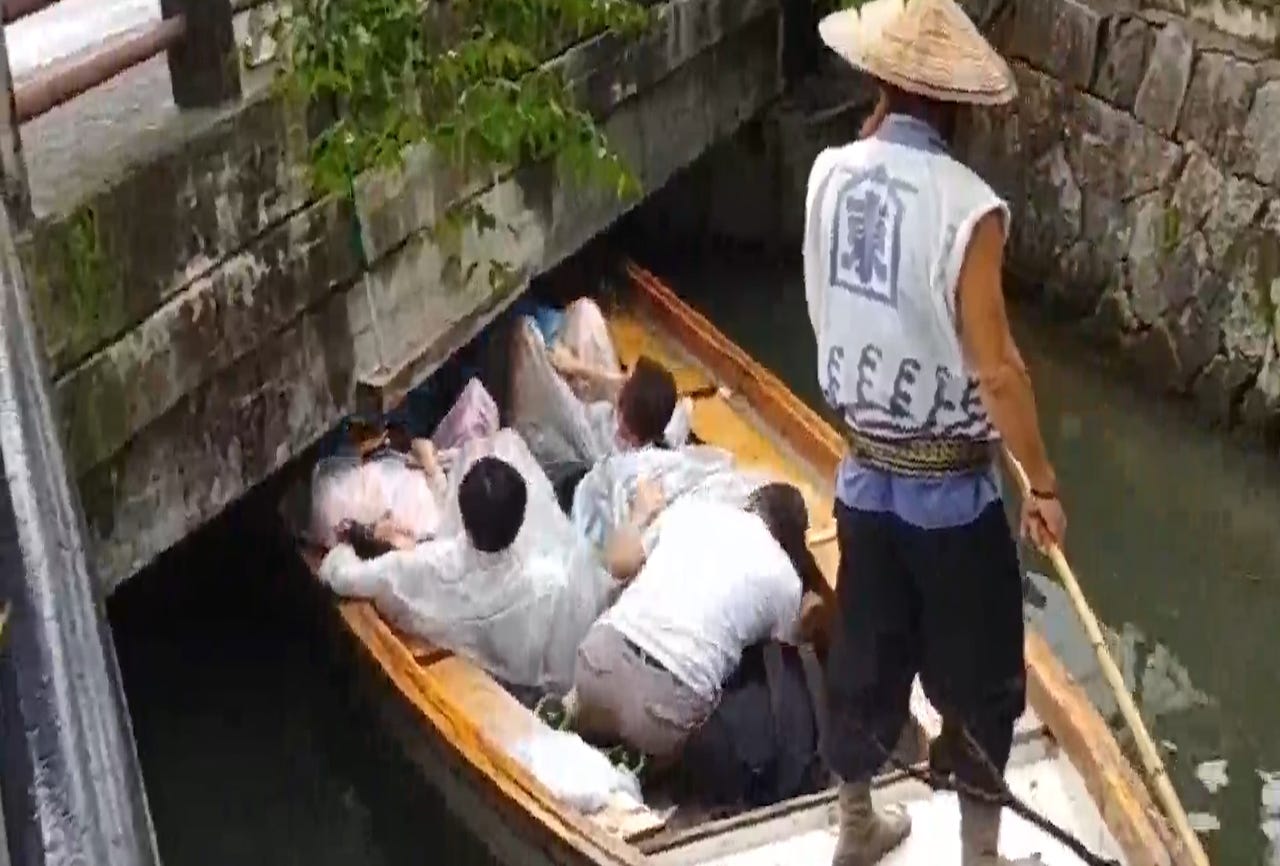