For the first time ever, Sports Illustrated's Swimsuit issue features a model with a visible C-section scar

Sports Illustrated Swimsuit is featuring a model with a visible C-section scar for the first time in the magazine's 58-year history.

On Wednesday, the magazine shared a photo of model and jewelry designer Kelly Hughes pulling down her bikini bottom to expose her scar.

"Let's give some love to all our moms out there to acknowledge the power of the female body and the beauty of motherhood!" the Instagram caption read.

Many social media users showed their support for both the model and the brand in the comments.

"Thank you from this momma with a big, beautiful scar from my two gorgeous boys!" one person wrote.

Hughes shared the same picture on her own Instagram account and said she was "speechless and so honored" to be the first woman to expose her C-section scar in the magazine.

"I struggled with insecurities from my scar, being that I'm a model and my incredibly difficult recovery, but it wasn't until I embraced my scar that I experienced the true power in it," she wrote.

The Miami-based model, who has a three-year-old son named Harlem, told the magazine that she cried when doctors first told her she would have to have a C-section as it was not her birth plan.

"It was my first lesson in motherhood. Even though I had my plans of what I wanted, I didn't want to put my baby at risk out of my selfishness," she said.

After going home with her baby, she developed a serious infection that required her to return to the hospital and have her scar cut open again, the outlet said.

"It took time to heal physically and mentally and embrace all that I had gone through in order to find the strength in it. I truly haven't felt as empowered by my scar as I do today," she continued.

In recent years, Sports Illustrated Swimsuit has been trying to champion diversity by featuring models of different body types and races.

Last year, tennis star Naomi Osaka became the first Black female athlete to be on the cover. She was one of three cover models, along with Megan Thee Stallion and transgender model and actress Leyna Bloom. In 2016, Ashley Graham became the first plus-size model to appear on the magazine's cover. 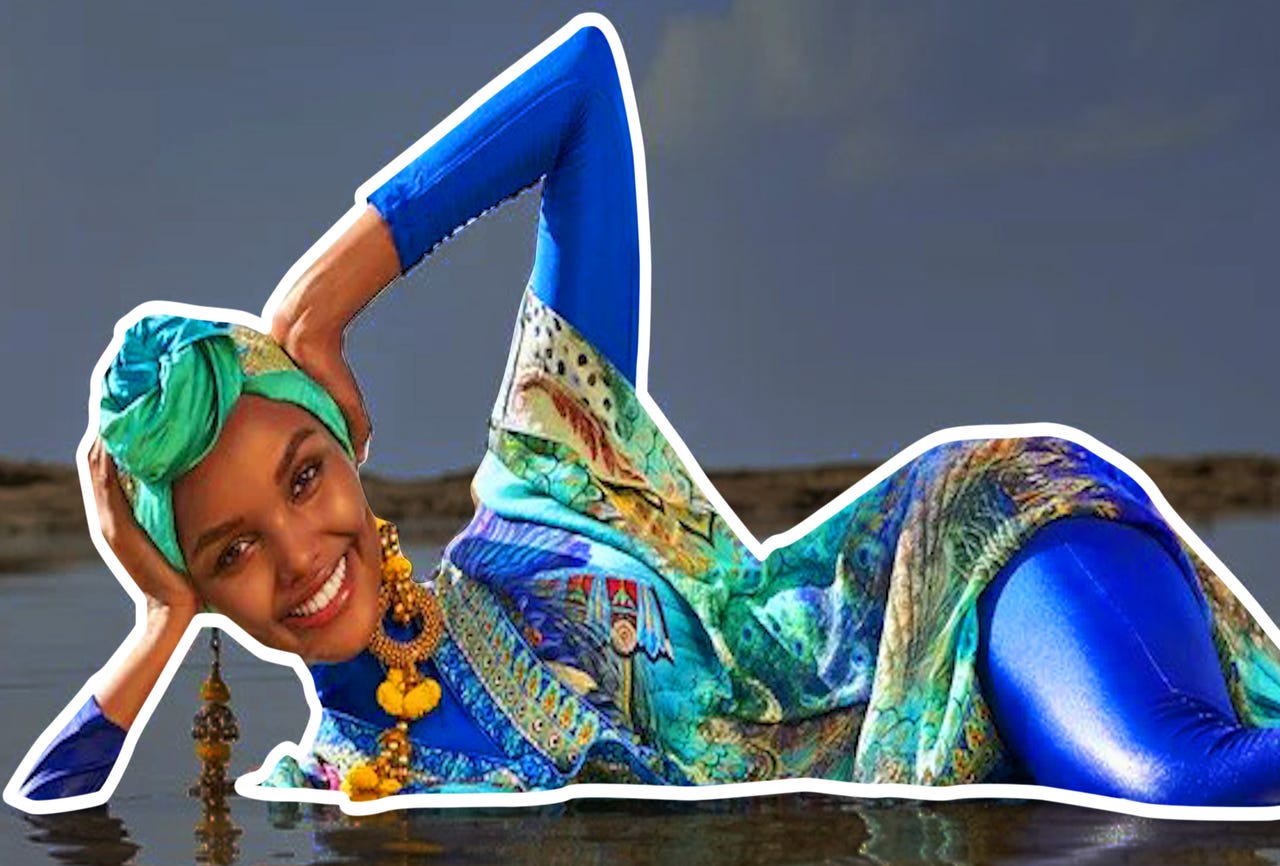